The “Agnihotra” or the “Daily Havan” as it is more popularly known has been a very strong part of the “Dharma” that we preach and follow. “Dharma” is simply fulfilling our own responsibilities towards ourselves, our families, our communities -and our environment.

Yajnas or agnihotram are considered by swami Dayanand as one of essential daily five duties of Aryans.

In fact Yajna (Yajna) is not merely a ritual, but it is a complete way of life.The spirit of rising over and above self interest to make voluntary sacrifice for the good of the human masses and of all animate beings, and to obtain individual well being through the good and well being of all

Like water, air and sun, God also created fire for the benefit of all of us. We cannot live without fire that gives us heat. Since fire destroys the impurities of everything, it symbolizes purity.

According to Vedic theories and ancient tradition, Yajna is a sacred ritual to be performed by all humans, irrespective of caste, creed, color, sects, belief 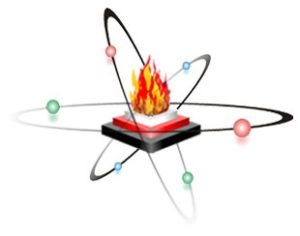 Yajna is said to be the combination of three things i.e.

Dev-Pooja is to respect elders parents, teachers, learned persons and guests etc. Dev pooja is to obey and to respect them. Performing of Agnihotra is to make pollution free atmosphere.

Sangati-Karan is to have company of virtuous people,to make friendship and love with them and to remove all enmity.

Daan or Charity means making sacrifice for the good of others without self-interest.

Yajna rituals are performed with the intention of achieving happiness through health, wealth, peace, strength, fame and protection from natural calamities, diseases, and all unforeseen events. All desires are fulfilled with “Yajna” hence the Vedas. 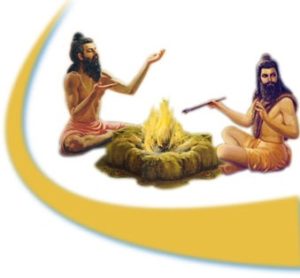 These Yajnas have been their duties since ancient times. Maryada Purushottam Shri Ram and Yogiraj Shri Krishna performed Agnihotra daily, even during the most difficult times in their lives, and our Rishis and others have been performing Agnihotra well before those times. Maharishi Dayanand Saraswati heralded the spiritual renascence in modern times. Science of Agnihotra which was at its peak during the Vedic Age and the knowledge of which is still available in our scriptures. He revived the ancient approach to Vedic concepts. Among other things he reintroduced Yajnas to be performed by every human being every day. Agnihotra is one of the five duties / Yajnas (pancamahayajna) to be performed by every householder twice a day. It has been an integral part of the Vedic Culture and it is also known by the names of Deva Yajna, Havana and Homa.

All the 16 Sanskaras including marriage ceremony start with Agnihotra. Since we all continuing to pollute the environment today, scientists and many politicians and special interest groups agree that we must take action and work hard to rid our environment of centuries of pollution.

The items used in performing Havan such as Samagree a special mixture of medicinal herbs, roots, dry fruits, wood and ghee are offered as oblation into the Havan Kund fire  have proven to have positive environmental effects. It follows that if more people perform Agnihotra two times a day, it can arguably have a greater influence in purifying the environment. 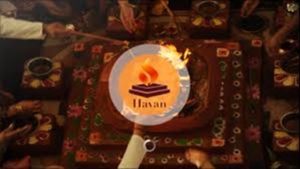 Best way to keep the environment pollution free is to perform Havana. Various gasses produced during Havana decompose the poisonous gasses liberating free oxygen and other useful products acting like disinfectants. Performance of daily Yajna by all the members of the family especially the younger generation sitting together every morning and evening cannot be over emphasized. This is an activity with multiple benefits. We not only purify the air but also remove the impurities of our mind and body. This process also helps in maintaining the unity and harmony in the family and the community.

Havan or Yajna is not considered as worship of visible fire. It is only a symbolic act, Havan symbolizes the three D’s—Discipline, Devotion and Dedication.which reminds us the various virtuous concepts like iddm nan mmam –nothing for self all for society, that everything we have belongs to God and must be used for the benefits of the whole society. 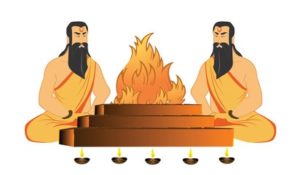 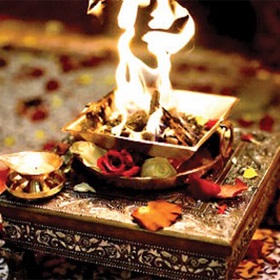