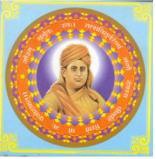 In an effort to lay bases to spiritually rehabilitate people worldwide, and energize them to reach out to the level of India’s Golden Age again, Rishi Dayananda sought to bring back into popular practice the Karmakaand traditions of Yajña and Sanskaar. Toward this end, Rishi Dayananda wrote a text called the Sanskaar Vidhi which aimed at explaining the performance of Yajñas and Sanskaars. In his Satyaarth Prakaash, he had described the historical, doctrinal and ethical aspects of Vedic Life. This text embodied the sum-total of his message of reform that was meant to lead Hindus to a higher standard of life experience. What was needed now, he felt, was a complement to this text on doctrines, a practical manual that could have provided Hindus concrete directions to guide them onwards in a life aimed at regeneration and to show them how to worship and pray.

Purpose And Influence Behind The Satyarth Prakash

Conditions of human society prevalent in his time caused Dayananda to react with alarm. Dilating on the causes of India being enslaved for centuries, he bemoans thus:

“The causes of foreign rule in India are due to mutual feuds, differences in religion, want of purity in life, lack of education, practice of child marriages and forced marriages, licentious indulgence in carnal gratification, untruthfulness and other evil habits, the neglect of the study of the Vedas and other malpractices.; It is only when brothers fight among themselves that an outsider poses as an arbiter.”

Having thus diagnosed the cause for India’s virtual collapse, the Rishi set about preparing to administer the antidote. He toured the whole country preaching and teaching with an aim to ending feuds among scholars and narrowing down major differences among religions and their tenets. On a suggestion from his followers that his ideas be recorded for permanence, the Swami set about dictating to his appointed scribes with the express aim of presenting a text that would spell out his principal doctrines in clear terms. This text he chose to call by the name SATYARTH PRAKASH (literally meaning an exposition of the true sense or an exposition of the meaning of Truth). The name is significant in that it brings to light the motivating thoughts uppermost in the Swami’s mind while he was involved in his missionary crusade. In the Introduction to his second Satyarth Prakash, he himself writes:

From this statement, it can be seen that Rishi Dayananda was very much preoccupied with the whole question of Truth, the acceptance of which by scholars “will work greatly to the advantage of the world, for it cannot be denied that differences among the learned create bad blood among the ignorant masses.” It is even recorded in the Swami’s biography that, for greater amity and unity among scholars, he had organized a conference on the occasion of Lord Lytton’s great Durbar at Delhi, in which he had invited leading scholars of the various religious creeds, and had hoped that religious ill-feeling might have ceased among the ordinary masses. And ever so often in the Satyarth Prakash itself, the Swami attempts to put over to the reader that “no one should take offence at my comments; for in offering them, I have been actuated solely by the desire of ascertaining what is true and what is false, and not by malice or desire of injuring susceptibilities.”

While attempting to put forth canons of Truth, as he conceived of them, in the Satyarth Prakash, he does not fail to admit the presence of many learned men in other religions, but these, he complains, “fail to initiate in themselves a spirit of inquiry and true love for wisdom,” without which “it is impossible to arrive at any conclusion as to the correctness of any belief”. The Swami had tremendous faith in the comparative study of religions as a means whereby the people could discriminate between right and wrong. With a view to initiating such a study, he uses his Satyarth Prakash to challenge leaders of other faiths to examine their own creeds, and to lift up their pen in their own defense.

In the nineteenth century, debating was a common means adopted to analyze different topics. The Swami urged the use of such means as they will certainly augment knowledge among men, thereby enabling them to embrace Truth and practice virtue and shun ignorance and vice. The critical approach he adopts in his Satyarth Prakash, the Swami admits, “will be like poison to begin with, but will certainly produce a nectareal effect in the end, because the whole human race, after ascertaining the essence and form of Truth, will be ultimately united under the banner of one universal religion.” He foresees many obstacles in this herculean task, because many people, “through bigotry and prejudice, will deliberately misconstrue the intentions of the author of the text.” The Swami, however, expresses confidence in the better judgment of the masses by “placing this work before all men in the hope that they will embrace Truth and make my labor fruitful”. As a token of his humility, he assures his readers that “all errors and omissions, typographical or otherwise, on being pointed out, will be rectified”, but in the same breath warns those who may contemplate taking undue advantage of this token that “no heed will be paid to anything said or written though prejudice, with the object of unnecessarily criticizing this book.”

More evidence pointing to Rishi Dayananda’s purpose in writing the Satyarth Prakash can be gleaned from the contents and the manner in which the chapters have been named and arranged. The table below is enlightening:

Satyaarth Prakaash can be downloaded in following formats: